New master for the Shelby Cobra Frank Gardner raced in the Bahamas 1963, Shelby had six Le Mans Cobras built for the ’63 event, only two raced and this is one that didn’t go to the 24hr.

This car was first used by Dave McDonald/Bob Bondurant (painted black) at Road America where it finished 4th Then it was driven by Lew Spencer (painted Viking Blue) at Riverside were it finished 3rd, and in Hawaii McDonald drove it. Frank raced at the Nassau speed week finishing 12th, 8th and 7th in the various races. In 1964 it was raced by Ed Leslie in SCCA events winning many of them. The kit will include decals to build either version. 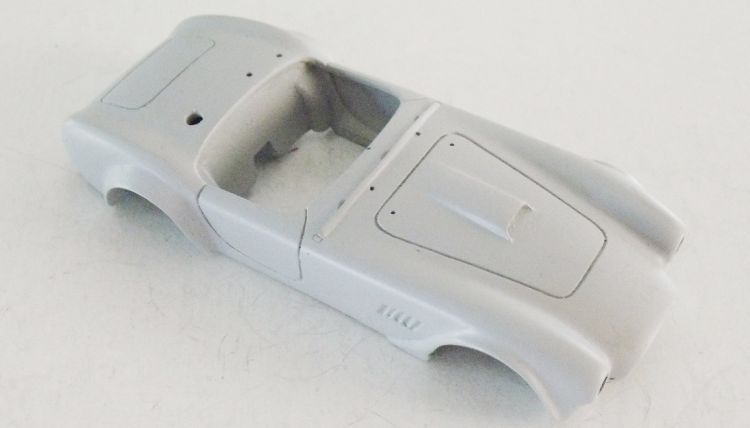 As we have many decals left, we have decided to re-issue some older kits that were made for us by Jemmpy like the BMW635CSi JPS and T Marts versions and BMW M3s JPS and Mobil cars. Maybe the Volvo and Rover at a later date. Thesewill be the same castings as the Jemmpy kits but with ancillary parts such as wheels, roll cages, photo etching, lights etc by us

The next release using a SMTS base will be the Frank Gardner/ David Finch Jaguar D type.

Decals are at the printer for the 1984 GTP Mustang. With this kit it will be possible to make all versions that ran during the 1984 season Ludwig, Wollek, Rahal, Glory, Brabham.

Very Special offer to Newsletter subscribers only, due to a licensing issue the Brabham BT8s can not be sold retail in the EU, so these kits will be available directly from us only. Kit price $75 and built to order $195 plus postage. We are looking to make three version and pre ordering is essential, we hope to have 041A ready before Christmas